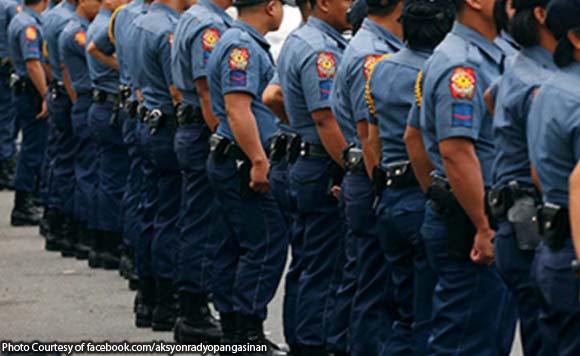 Elections in Abra, a province usually marred with violence during elections, was generally peaceful without any major incident that disrupted the peace and order, a police official said on Monday evening.

“Hindi tulad ng ibang lugar na nagkaroon ng mga madugong pangyayari, so far wala naman nangyari na ganito dito sa Abra (unlike in other places where there were bloody incidents, so far there was none in Abra),” Dangani added.

A total of 1,944 security personnel — composed of policemen and military — have been deployed to the province to ensure the safety of the electorate and to maintain peace and order during the course of the elections.

On Election Day from 6 a.m. to 6 p.m., there were three verified election-related incidents in Abra province.

At 6:55 a.m. on May 13, a commotion was reported, wherein an incumbent official in Lagayan town supposedly sent away people believed to be supporters of another political party to prevent them from casting their votes.

Another incident happened in Barangay Patucannay in the capital town of Bangued, where a stone-throwing incident caused minor injuries to some people and damage to parked vehicles.

Dangani said they were able to respond to the reported incidents.

“Medyo maganda naman ang reports ng mga COP (chief of police) from the municipalities. Although maraming interior towns na malalayo, ‘yun ang nagpa-delay sa ating result although we have identified 16 VCMs na pumalya saka SD card, natugunan naman yun kasi napalitan (the report of our chiefs of police at the municipalities were good. Since we have lots of far-flung interior towns, there was some delay in the transmittal of results. We have also identified problems of the 16 VCMs and the problematic SD cards which were replaced),” the police officer said.

The common election complaints (vote-buying incidents) were promptly acted upon by authorities.

Since the start of the election period in January, there have been 10 validated election-related incidents and an additional three on the day of elections, bringing the number to 13.

Dangani said such incidents were not enough to stop the elections.

Provincial election supervisor Dexter Barry Cawis said in a separate interview that there were VCMs that malfunctioned, causing paper jams or failure to scan ballots, and corrupted SD cards.

These problems were, however, were remedied as Abra has 46 contingency VCMs.

He said that they hope to finish the canvassing by Wednesday, with Tineg and Lacub towns being the last to transmit due to their distance from the capital.

As of Tuesday morning, 12 towns out of the 27 have completed the transmission of results. (PNA)