‘Why is he that strange color?’ Marcos Jr narrates the day Sandro was born 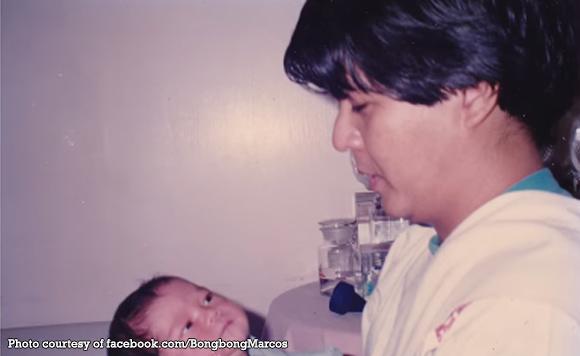 0 8,007
Share
Want more POLITIKO News? Get the latest newsfeed here. We publish dozens and dozens of politics-only news stories every hour. Click here to get to know more about your politiko - from trivial to crucial. it's our commitment to tell their stories. We follow your favorite POLITIKO like they are rockstars. If you are the politiko, always remember, your side is always our story. Read more. Find out more. Get the latest news here before it spreads on social media. Follow and bookmark this link. https://goo.gl/SvY8Kr

The birth of his eldest son Sandro was one heck of an emotional day for presidential candidate Ferdinand Marcos Jr.

In his vlog with his son on Sunday, April 17, the North Luzon politiko was asked by Sandro to recall the day he was born.

Marcos said Sandro was born via C-section and he was initially shocked because came out of his mother Liza Araneta-Marcos’ womb with a tinge of blue on his skin!

“When you came out, I remembered it so, so well. First of all, you were blue. Most babies are blue when they first come out. Nanganak na si Liza, then I looked at you. Baka there’s something wrong with this boy. Why is he that strange color?” said Marcos with a laugh.

Sandro then asked in jest if his father still finds him strange to this day, to which Marcos replied, “Maybe that had something to do with it.”

Marcos, however, was quick to turn things around and express just how special that day was for him.

“But then yeah, you came out. It was the happiest day of my life,” said Marcos to his son.

Sandro has ‘endless gratitude’ for everyone who made dad…

Sheena Tan vows to give 100% after winning as Santiago City…