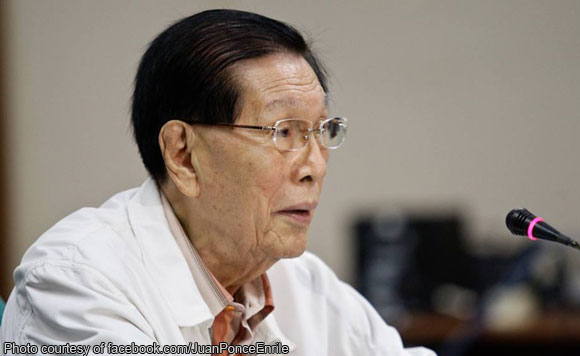 Former senate president Juan Ponce Enrile said only one person was “executed” during the Marcos regime.

The Cagayan politiko made the false claim in an interview with former senator Bongbong Marcos that was published on September 20.

Enrile, who was the late dictator Ferdinand Marcos’ defense minister, said the only person executed during that time was drug lord Lim Seng.

“They claimed that we killed a lot of people. That’s why when I was interviewed by someone some time ago, I challenged her: Name me one that we executed other than Lim Seng,” he said.

But the Enrile’s term “execution” is misleading because many of the killings during that time include extrajudicial killings.

Enrile also denied that around 70,000 were arrested during the Marcos regime

“Maybe if they will include the people who violate curfew and jay walkers, maybe you can reach that number. People could go out at night. They can go out to fish, they could go out to farm, they were free in fact. Of course, if you are a member of the rebel group or a war lord or someone who violated the criminal law, you had to be arrested, whether you have Martial Law or not,” he explained.

But an Amnesty International report says 70,000 people were imprisoned, 34,000 were tortured, and at least 3,240 were victims of extrajudicial killings under Martial Law.