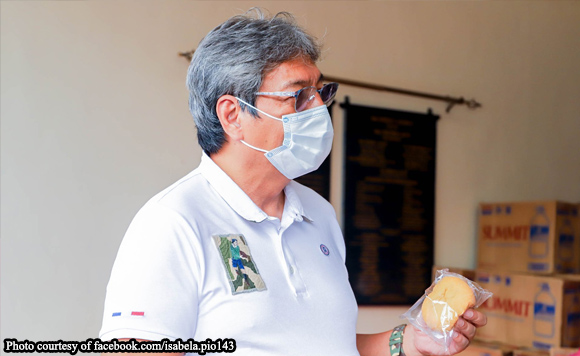 0 6
Share
Want more POLITIKO News? Get the latest newsfeed here. We publish dozens and dozens of politics-only news stories every hour. Click here to get to know more about your politiko - from trivial to crucial. it's our commitment to tell their stories. We follow your favorite POLITIKO like they are rockstars. If you are the politiko, always remember, your side is always our story. Read more. Find out more. Get the latest news here before it spreads on social media. Follow and bookmark this link. https://goo.gl/SvY8Kr

Residents of Isabela province hit hard by Typhoon Ulysses are slowly returning to their normal lives as donations continued to pour in, Governor Rodito Albano III said on Friday.

During the Laging Handa public briefing, Albano said residents have begun cleaning up their damaged property.

Albano said donations continue to flow in from various politicians, celebrities, and private individuals, along with non-stop assistance from the national government.

Various senators have likewise pledged to assist in rehabilitating and restoring typhoon-damaged infrastructures in the province, he said, noting that the provincial government would prioritize the recovery of its constituents and addressing the health concerns.

The province is receiving too much relief goods from various donors, he said.

He added that they are working on the total recovery of the province and its residents as he thanked all the donors for the continuous relief assistance to their province.