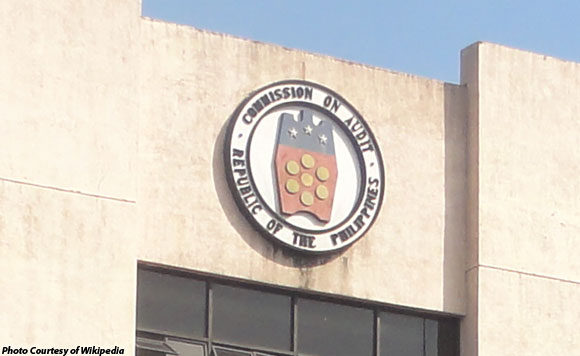 0 206
Share
Want more POLITIKO News? Get the latest newsfeed here. We publish dozens and dozens of politics-only news stories every hour. Click here to get to know more about your politiko - from trivial to crucial. it's our commitment to tell their stories. We follow your favorite POLITIKO like they are rockstars. If you are the politiko, always remember, your side is always our story. Read more. Find out more. Get the latest news here before it spreads on social media. Follow and bookmark this link. https://goo.gl/SvY8Kr

The Commission on Audit (COA) has ordered the city government of Tuguegarao to refund the excess honoraria it granted to several of its executives.

In 2018, the city government reportedly granted honoraria to the Bids and Awards Committee (BAC) members, technical working group and secretariat in excess of its collections.

This “excessive expense” of P216,500, according to state auditors, is in contravention of Department of Budget and Management (DBM) Budget Circular No. 2007-003.

Upon further review, the audit team also flagged the grant for being in excess of 25 percent of the executives’ basic monthly salary – a violation of procurement law and another DBM circular.

According to audit records, the city government disbursed P1.31 million in honoraria against total collections from the sale of bidding documents amounting to P1.1 million.

Source: 2018 Annual Audit Report on the City of Tuguegarao

State auditors pointed out that no other fees were collected during the year, and that Tuguegarao’s Sangguniang Panglungsod did not declare savings from local funds which could be used for the payment, resulting in the deficit.

In addition, the audit team observed members of the BAC Secretariat which were granted honoraria despite being assigned to the city’s general services offices, or are full-time, which is expressly prohibited under Item 3.1 of DBM Budget Circular No. 2007-3.

COA urged the strict adherence to established rules and guidelines, as well as the return of the concerned funds to the city’s coffers.