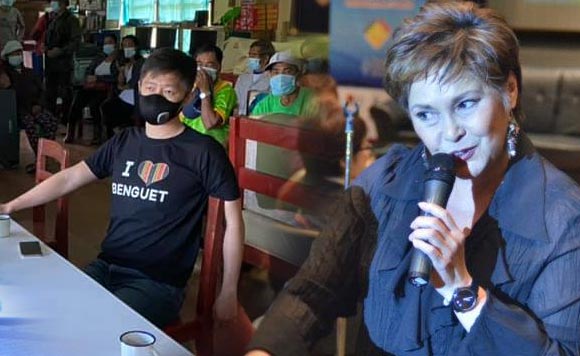 The “dilawan” supporters of Jover Laurio a.k.a. PinoyAkoBlog came after ACT-CIS Representative Eric Yap after he mocked her looks out of spite.

Singer Leah Navarro said Yap “brings no honor in the House” for resorting to an ad hominem attack after Laurio questioned why a molecular laboratory at the Benguet General Hospital was named after the congressman.

“Eric Yap is the personification of a garbage can full of trash. He brings no honor to the House,” Navarro tweeted on Monday, September 14.

“Why is he insulting Jover
@PinoyAkoBlog
? To prove he’s an airhead,” she added.

Other administration critics decided to pounce on Yap, saying he and the rest of the DDS supporters of President Rodrigo Duterte have the same tactics.

bullying is the new normal. under DDS book of wisdom

Another Twitter user @macronikki said Yap is showing off his “small dick energy.”

Yap had accused Laurio of perpetuating fake news and said her face is the personification of COVID-19 if the disease were to become human.

He then said he donated his own money to have the COVID-19 testing lab built in Benguit, where he is the legislative caretaker following the death of its congressman Nestor Fongwan last year.

Yap insisted he did not know the hospital named the facility after him and he has since asked the management to remove his name already.