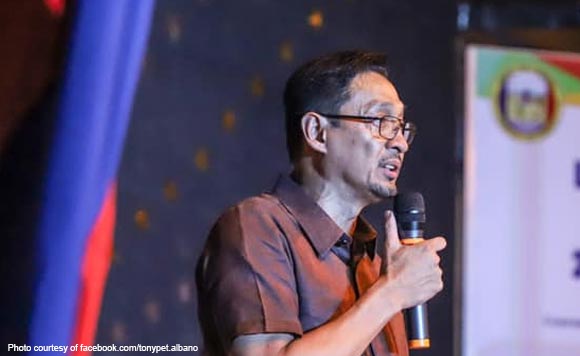 0 577
Share
Want more POLITIKO News? Get the latest newsfeed here. We publish dozens and dozens of politics-only news stories every hour. Click here to get to know more about your politiko - from trivial to crucial. it's our commitment to tell their stories. We follow your favorite POLITIKO like they are rockstars. If you are the politiko, always remember, your side is always our story. Read more. Find out more. Get the latest news here before it spreads on social media. Follow and bookmark this link. https://goo.gl/SvY8Kr

This amid the pending renewal of ABS-CBN’s franchise.

The Isabela politiko explained Duterte does not interfere with their work as lawmakers.

“In fairness to the President, he never called any of us congressmen, and never issued any marching orders to tell us what to do,” Albano said.

He also said Duterte values the separation of powers.

“The President has never interfered and does not intend to interfere in the business of congress. He values separation of powers and has much respect for us to do so,” Albano said.