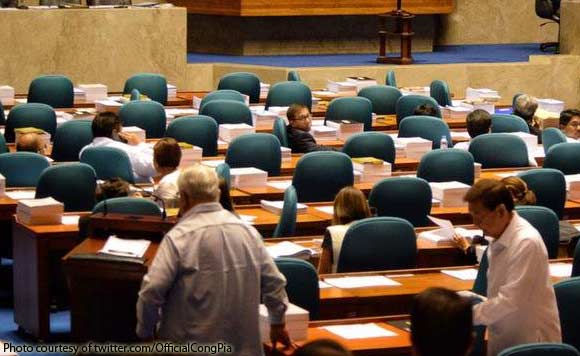 0 672
Share
Want more POLITIKO News? Get the latest newsfeed here. We publish dozens and dozens of politics-only news stories every hour. Click here to get to know more about your politiko - from trivial to crucial. it's our commitment to tell their stories. We follow your favorite POLITIKO like they are rockstars. If you are the politiko, always remember, your side is always our story. Read more. Find out more. Get the latest news here before it spreads on social media. Follow and bookmark this link. https://goo.gl/SvY8Kr

Isabela 1st District Representative Tonypet Albano, in a statement, said the House of Representatives will finally tackle the renewal of ABS-CBN’s franchise.

The House of Representatives has been criticized for sitting on the network’s franchise renewal because President Rodrigo Duterte was angry at ABS-CBN.

“In the coming days, weeks, and months, we expect to tackle this franchise bill and show the world that we as legislators in the house are fair, honest, and hard working to promulgate a justifiable and amicable decision for ABS-CBN and it’s employees,” Albano said.

He also urged the public to let lawmakers do their jobs.

“Again, we call upon everyone to sober down and trust us in congress to let us do our work diligently and with our own timing and pace,” Albano said.