Tonypet Albano grieves for PNoy: ‘I owe him much and give him praise’ 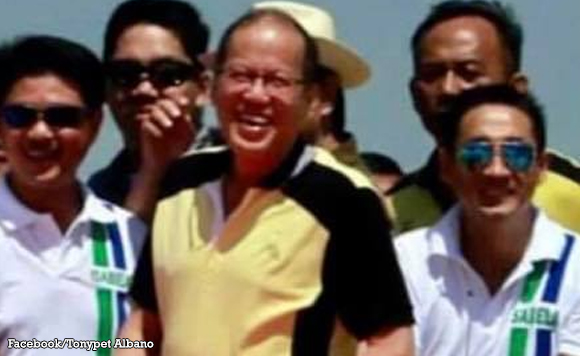 0 1,233
Share
Want more POLITIKO News? Get the latest newsfeed here. We publish dozens and dozens of politics-only news stories every hour. Click here to get to know more about your politiko - from trivial to crucial. it's our commitment to tell their stories. We follow your favorite POLITIKO like they are rockstars. If you are the politiko, always remember, your side is always our story. Read more. Find out more. Get the latest news here before it spreads on social media. Follow and bookmark this link. https://goo.gl/SvY8Kr

The politiko said in a Facebook post on Thursday, June 24, that he owes much to Aquino, who had retained him as president of RPN 9 even Albano wass first appointed by Aquino’s successor, former president Gloria Macapagal-Arroyo.

“I’m sad and shocked at the news that our former President Noynoy Aquino has passed away this morning at a tender age of 61 years young. I pray that his soul rests in peace,” said Albano.

“I was retained by Pnoy as President of RPN9, even after being appointed under the former administration that he replaced. He defended me and reappointed me. It is for being a true friend that I honor and miss him. I have served under his administration, and helped him try to do the best for our country. To PNoy I owe him much and give him praise,” he added.

Aquino died on June 24 due to renal disease secondary to diabetes. He was 61.