Tonypet Albano: Any media can be shut down if it violates law 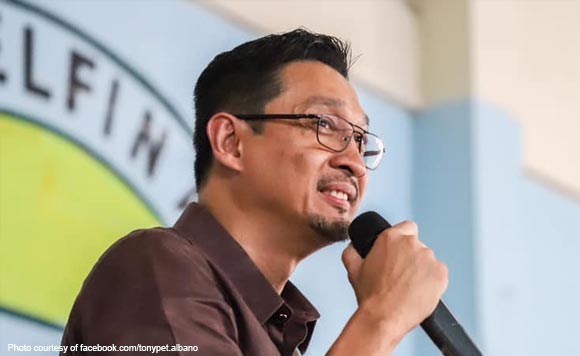 0 520
Share
Want more POLITIKO News? Get the latest newsfeed here. We publish dozens and dozens of politics-only news stories every hour. Click here to get to know more about your politiko - from trivial to crucial. it's our commitment to tell their stories. We follow your favorite POLITIKO like they are rockstars. If you are the politiko, always remember, your side is always our story. Read more. Find out more. Get the latest news here before it spreads on social media. Follow and bookmark this link. https://goo.gl/SvY8Kr

Isabela 1st District Representative Tonypet Albano has defended President Rodrigo Duterte’s threat to shut down ABS-CBN by not approving the renewal of its franchise.

The Isabela politiko said Duterte believes in freedom of speech.

“I also know very well that President Duterte values the right to have Freedom of Speech. And like him, I also believe that freedom of speech is not absolute!” Albano said.

Albano said any media’s franchise can be revoked if they violate any laws.

“The President is right in saying that media has an obligation to serve the public by making sure that they don’t misuse their privilege in spreading false or fake news. And that their franchise defines clearly that they should uphold true public service, will not break any laws, and should not get politicized,” he said.

“And when media entities use their privilege to side with certain candidates in violation of their duty and franchise agreement. And if media has violated any laws, contracts, or broke any of the franchise parameters, then the government, including and most especially congress, has the right to take away their franchise to protect the people from misinformation and abuse,” Albano added.