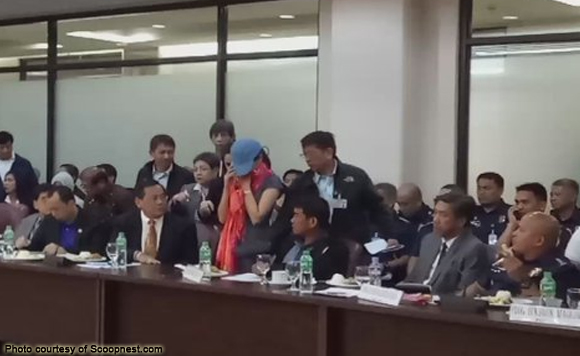 0 302
Share
Want more POLITIKO News? Get the latest newsfeed here. We publish dozens and dozens of politics-only news stories every hour. Click here to get to know more about your politiko - from trivial to crucial. it's our commitment to tell their stories. We follow your favorite POLITIKO like they are rockstars. If you are the politiko, always remember, your side is always our story. Read more. Find out more. Get the latest news here before it spreads on social media. Follow and bookmark this link. https://goo.gl/SvY8Kr

Following reports that still unidentified men were stalking him and his daughter at their first safe house, the Pangasinan Provincial Police Office (PPPO) has relocated Ronnie Dayan, former driver and lover of Sen. Leila De Lima, and daughter Hanna, to a more secure location.

He said Dayan and his daughter were given additional police security because of this development.

Thus, his other relatives were not allowed to visit the father and daughter in the new safe house where they were brought on November 27.

Dayan initially testified before the Justice Committee of Congress last November 25 on his reported receipt of drug money from drug lords and which were reportedly turned over to then Justice Secretary De Lima to fund her senatorial bid.