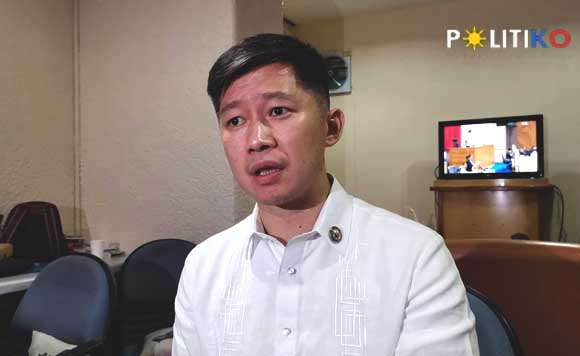 Netizens fumed at newbie congressman Eric Yap of ACT-CIS after a molecular laboratory at the Benguet General Hospital was named after him.

Redditors feasted on a post that tagged Yap as “Tatak Duterte, Tatak Trapo” after the freshman solon was pictured holding up a tarpaulin bearing the official name of the lab, “Benguet General Hospital Molecular Biology Laboratory Eric Yap Building.”

Hawk-eyed netizens argued no building should be named after Yap – even if he had paid for the construction of the lab himself – since it violates the guidelines set by the National Historical Commission (NHC) on the naming of streets, buildings, and other public structures.

The NHC’s guidelines states, “No local government units, institutions, places or buildings shall be named or renamed after a living person.”

Reddit user fatiromma said Yap may have gotten away with it since the NHC’s policy is not general knowledge.

Some Redditors even went as far as suggesting Yap should die or be killed so the naming of the building after him would become legal.

Yap already addressed the matter during the budget hearing for the Office of the President on Monday, September 14, saying he had personally paid for the construction of the lab.

He claimed he was not aware the hospital had decided to name the building after him and has since asked the management to remove his name from the facility.

Though Yap is just a neophyte congressman, he was given plum posts in the House of Representatives.

In January, he was named legislative caretaker of Benguet after the death of its elected congressman Nestor Fongwan Jr. It was a controversial appointment, since Yap is not from Cordillera.