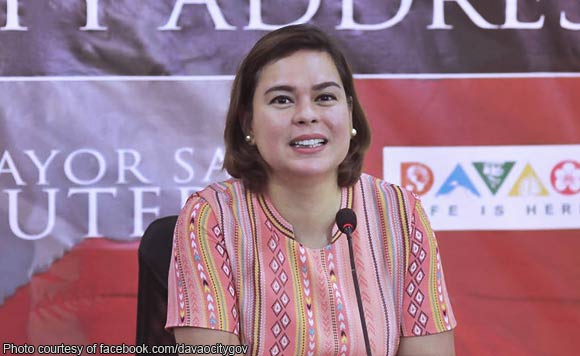 0 1,096
Share
Want more POLITIKO News? Get the latest newsfeed here. We publish dozens and dozens of politics-only news stories every hour. Click here to get to know more about your politiko - from trivial to crucial. it's our commitment to tell their stories. We follow your favorite POLITIKO like they are rockstars. If you are the politiko, always remember, your side is always our story. Read more. Find out more. Get the latest news here before it spreads on social media. Follow and bookmark this link. https://goo.gl/SvY8Kr

Few days before the start of the filing of the certificate of candidacy (COC) of individuals who will run for the 2022 elections, over a hundred officials and volunteers joined the call for Davao City Mayor Sara Duterte-Carpio to run for president.

In an apparent show of force aimed at convincing Duterte, supporters of the Hugpong Para kay Sara (HPS) from the 44 municipalities and 4 cities of Pangasinan, took turns pledging allegiance to the movement’s vision to continue the successful programs of President Rodrigo Duterte, as well as to future developmental endeavors of mayor Duterte-Carpio.

The mass oath-taking of HPS was held in the WCC Aeronautical and Technological College.

The number of HPS supporters continue to increase despite the pronouncement of Duterte-Carpio that she will no longer seek a national post after her father accepted the nomination of PDP-Laban to run for vice president.

HPS national chairman Anthony del Rosario, former governor of Davao del Norte presided over the oath-taking. He expressed hope that Duterte-Carpio will hear the call for her to run for the highest post in the country.

“With her independent mind, we at the HPS feel the country gets the benefit of considering the best candidate for the job, and that is the daughter of the President,” Del Rosario said.

Guico III, who will seek a gubernatorial post said Duterte-Carpio has “consistently displayed good governance, an inclination towards infrastructure development which would create more jobs and a stronger economy.”

Quiambao meanwhile said that Duterte-Carpio has immensely improved Davao City under her watch.

“We pray that she will still change her mind about not running so she can continue the movement for real and genuine change started by her father,” Quiambao added.

Eriguel to be proclaimed Agoo, La Union mayor after Comelec…