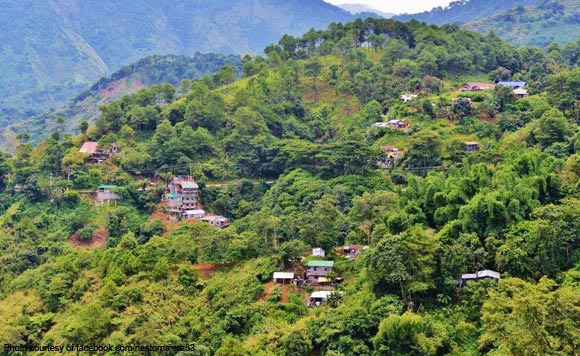 0 221
Share
Want more POLITIKO News? Get the latest newsfeed here. We publish dozens and dozens of politics-only news stories every hour. Click here to get to know more about your politiko - from trivial to crucial. it's our commitment to tell their stories. We follow your favorite POLITIKO like they are rockstars. If you are the politiko, always remember, your side is always our story. Read more. Find out more. Get the latest news here before it spreads on social media. Follow and bookmark this link. https://goo.gl/SvY8Kr

With the rainy season now here, officials in Itogon town in Benguet reminded residents to observe safety protocols, including the possibility of forced evacuations, to prevent a repeat of deaths from a landslide last year.

Mayor Victorio Palangdan issued an executive order for barangay officials, emergency responders, and policemen to be at their posts for any eventuality.

“We have an incident command system but now, we have corrected our shortcomings and we have included all officials up to the barangay level to have each and everyone’s participation, each one having his function during calamities,” Palangdan said.

He said he has given instructions to responders to implement forced evacuation if there are any other residents who refuse to voluntarily leave their homes.

On Sept. 16 last year, several residents were buried alive when they took refuge in a bunkhouse after a massive landslide occurred at the height of Typhoon Ompong (Mangkhut).

“We want everyone in Itogon to be prepared this coming rainy season,” the mayor said.

Meanwhile, the mayor advised officials of schools located in geohazard zones that classes are immediately suspended when there is heavy rainfall.

He also said when classes are suspended on midday, daycare pupils need to be fetched by their parents or guardians and should not be allowed to leave the school on their own.

Residents in areas declared as danger zones must comply with the mandatory evacuation and must relocate to the established evacuation areas, he added.

Palangdan said all barangays have established their evacuation areas.

The mayor said the local government has prepositioned food packs enough for the specific capacity of each evacuation center.

“To my town mates in Itogon, please do not be hard-headed and follow what the government tells you so that you will be safe,” Palangdan said.