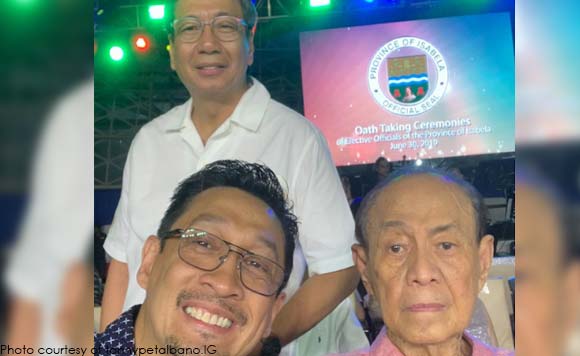 The Albano clan may have won several elected posts at the same time in the May elections, but one of its scions believe they still should not be called a political dynasty.

Isabela First District Representative Antonio “Tonypet” Albano said instead of being called a dynasty, the Albano should be called a “Family Elected Democratically.”

“I stress that we are not a ‘political dynasty.’ Dynasty by nature means ‘power passed without being democratically elected by the people.” Rather, we are a ‘Family Elected Democratically’ (FED, which I am first to coin the word)!” said Albano.

“The very acronym means I make sure that our constituents are well FED with progress and hope, so I can again have their trust and be voted upon if we decide to run again. God bless Isabela, my province that has so much potentials!” he explained.

Albano’s brother Rodito is now provincial governor while his father is now congressman of the LPGMA party-list.