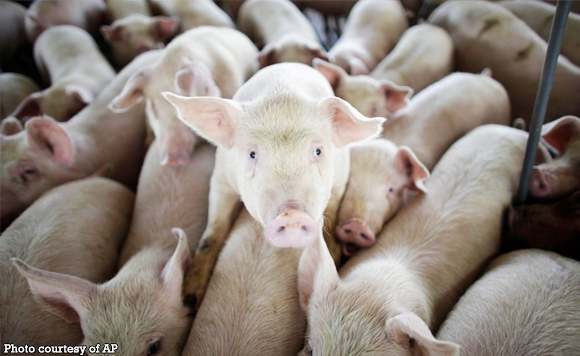 A state of calamity was declared Friday over Mangaldan town in Pangasinan due to the effects of the African Swine Fever (ASF) on local hog raisers.

The town council had sought the formal recommendation of the Municipal Agriculture Office on the declaration of a state of calamity (https://twitter.com/manilabulletin/status/1230870188930682880).

Initially, at least 80 pigs were culled in Barangay Bateng, where the first positive ASF case in the town was discovered. Within the one-kilometer radius are Barangays Talogtog and Bantayan (http://northboundasia.com/pangasinan-towns-declaration-of-state-of-calamity-looms/).

Earlier, council member Aldrin Soriano said all barangay chiefs are being mandated through the Executive Order of Mayor Mary Marilyn Lambino to make an inventory on the number of pigs in their respective barangays.

Soriano said barangays Alitaya, Gueguesangen, and Amansabina are also closely monitored after receiving reports of pigs dying in the area.

“He was involved in the culling operations in Binmaley town. He became a carrier when the virus latched onto him and when he got home, he unknowingly spread the virus,” Soriano said.

To prevent this from happening again, vaccines and disinfectants were distributed to barangay officials and those manning the quarantine checkpoints, he said.

Meanwhile, Calasiao town in Pangasinan has declared a state of calamity due to ASF. Municipal agriculturist Monette Noguit said some 189 pigs were culled as of Wednesday.