State of calamity declared in Isabela with P3.6B damage from ‘Ompong’ – VG Albano 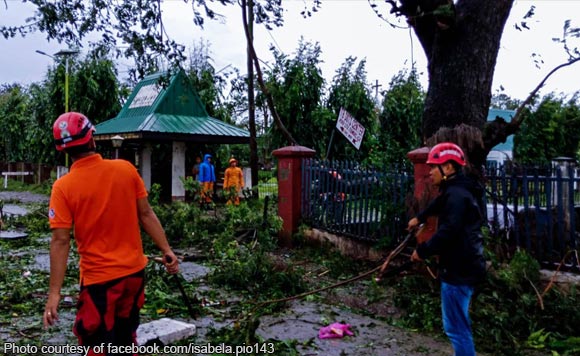 CITY OF ILAGAN, Isabela — This province was placed under a state of calamity on Monday following the assessment of at least P3.6-billion damage caused by the onslaught of Typhoon Ompong here on Saturday.

Isabela Vice Governor Antonio Tonypet Albano said the provincial board members had unanimously approved the declaration of a calamity state through a resolution under suspended rules on Monday.

“The declaration of a state of calamity would allow the provincial government to use the five-percent calamity fund to immediately help our typhoon-affected constituents,” Albano told reporters on Tuesday.

The vice governor and board members cited the collated reports at the Isabela Provincial Disaster Risk Reduction Management Office, which pegged the damage at P3.6 billion to agriculture and infrastructure as the basis of the declaration.

Damage to infrastructure including roads, bridges, school buildings and other public facilities had been reported at P57.5 million.

There was no reported casualty in the province. (PNA)