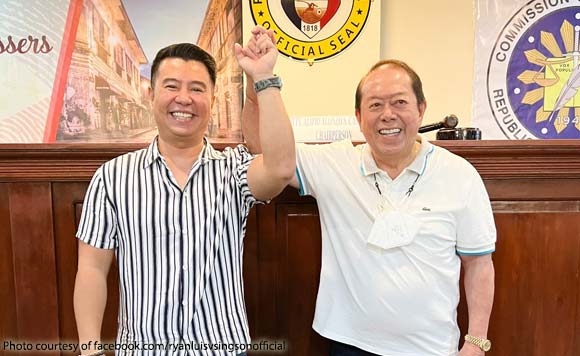 0 902
Share
Want more POLITIKO News? Get the latest newsfeed here. We publish dozens and dozens of politics-only news stories every hour. Click here to get to know more about your politiko - from trivial to crucial. it's our commitment to tell their stories. We follow your favorite POLITIKO like they are rockstars. If you are the politiko, always remember, your side is always our story. Read more. Find out more. Get the latest news here before it spreads on social media. Follow and bookmark this link. https://goo.gl/SvY8Kr

The Singsons of Ilocos Norte retains power over the province after the national elections resulted to the win of 15 of its members.

Incumbents Governor Ryan Singson and Vice Governor Jeremias Singson will switch seats after their June inauguration. They both ran unopposed for their positions.

Another son of the Singson patriarch Chavit Singson, Ronald, won as 1st District representative against reelectionist Deogracias Savellano. Kristine Meehan, daughter of former congressman Eric Singson is sitting as the representative of the province’s second district. She also ran unopposed for reelection.

Meanwhile, Eric will succeed his son, Ericson, as mayor of Candon City. His niece, Kristelle Singson, was without an opponent and is set to serve her second term as vice mayor. Eric’s brother, Alfonso, was also reelected to the city council and will be joined by their nephew and third-time board member, Jaime.

Chavit’s sister, Germelina Goulart, is the incumbent mayor of Coayan and won her fifth term. Her son, Paolo Ancheta, who served as town mayor from 2016 to 2019, won as vice mayor.