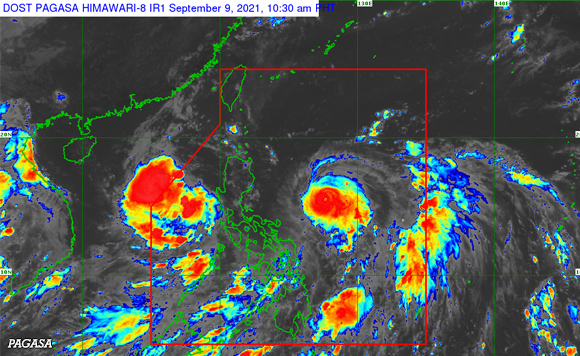 0 712
Share
Want more POLITIKO News? Get the latest newsfeed here. We publish dozens and dozens of politics-only news stories every hour. Click here to get to know more about your politiko - from trivial to crucial. it's our commitment to tell their stories. We follow your favorite POLITIKO like they are rockstars. If you are the politiko, always remember, your side is always our story. Read more. Find out more. Get the latest news here before it spreads on social media. Follow and bookmark this link. https://goo.gl/SvY8Kr

The Philippine Astronomical, Geophysical, and Atmospherical Services Administration reported that they are closely monitoring Typhoon Kiko which can possibly turn into a super typhoon.

In its latest weather bulletin, Pagasa reported that Kiko (international name Chantu) is currently located 670 kilometers east of Baler Aurora. It has a maximum sustained winds of 185 km/h near the center and the gustiness of up to 230 km/h.

The weather agency is also looking to the possibility of it turning into a super typhoon.

As of present, Pagasa has placed Cagayan, Babuyan Islands, and some parts of Isabela under Signal No. 1.