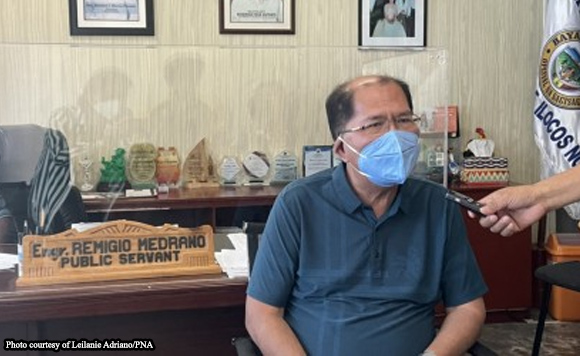 0 1,782
Share
Want more POLITIKO News? Get the latest newsfeed here. We publish dozens and dozens of politics-only news stories every hour. Click here to get to know more about your politiko - from trivial to crucial. it's our commitment to tell their stories. We follow your favorite POLITIKO like they are rockstars. If you are the politiko, always remember, your side is always our story. Read more. Find out more. Get the latest news here before it spreads on social media. Follow and bookmark this link. https://goo.gl/SvY8Kr

Sarrat, Ilocos Norte is eyeing to establish its own community hospital to accommodate medical needs of its residents faster and more efficiently.

Third-termer municipal mayor Remigio Medrano said on Wednesday, July 13, that the funds they have so far collected include an initial funding of P23 million from the Sarrat local government unit, an additional P10 million from the Office of the President, and a P5-million counterpart from the Department of Health.

“If we take a look around us, it is only Sarrat that does not have a community hospital as compared to our nearby towns of Piddig, Vintar, Dingras, and Marcos,” the Politiko expressed.

He also noted that their own community hospital would provide basic medical needs to patients before they are taken to bigger hospitals for treatment.

The Politiko also reported that the initial phase of construction had already started during his second term as mayor but it was halted when members of the previous Sangguniang Bayan or municipal council disapproved his request to re-appropriate accumulated savings of the municipality for the completion of the community hospital’s construction.