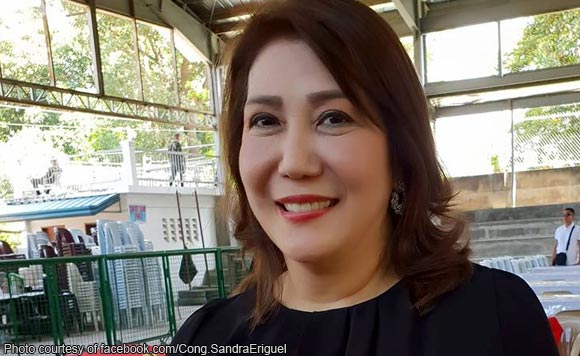 0 230
Share
Want more POLITIKO News? Get the latest newsfeed here. We publish dozens and dozens of politics-only news stories every hour. Click here to get to know more about your politiko - from trivial to crucial. it's our commitment to tell their stories. We follow your favorite POLITIKO like they are rockstars. If you are the politiko, always remember, your side is always our story. Read more. Find out more. Get the latest news here before it spreads on social media. Follow and bookmark this link. https://goo.gl/SvY8Kr

La Union 2nd District Representative Sandra Eriguel on December 4 called on the Commission on Elections (Comelec) to place her province under military protection.

The La Union politiko’s request comes after the killings of several local officials this year.

“To await the start of the election period might become too late for us. The augmentation of the Philippine Army personnel in our area will provide a strong deterrent against the evil forces that are currently roaming our beloved province,” Eriguel said.

“The presence of soldiers will also provide confidence upon our people to exercise their freedom of expression and right to suffrage without fear of threats and violence,” she added.