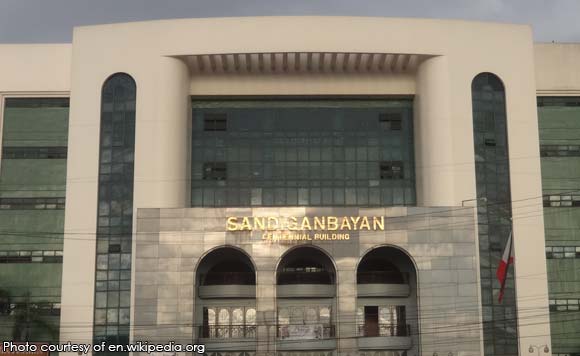 0 323
Share
Want more POLITIKO News? Get the latest newsfeed here. We publish dozens and dozens of politics-only news stories every hour. Click here to get to know more about your politiko - from trivial to crucial. it's our commitment to tell their stories. We follow your favorite POLITIKO like they are rockstars. If you are the politiko, always remember, your side is always our story. Read more. Find out more. Get the latest news here before it spreads on social media. Follow and bookmark this link. https://goo.gl/SvY8Kr

Former Isabela Mayor Antonio Talaue is perpetually disqualified from holding public office after the Second Division of the Sandiganbayan held him guilty for failing to remit over P22 million in insurance premiums to the Government Service Insurance System (GSIS).

In a six-page resolution, Associate Justice Michael Frederick Musngi ruled that the ex-mayor of Sto. Tomas, Isabela is guilty of holding P22.4 million of his employees’ insurance premiums from 1997 to 1994, depriving them of the benefits derived therefrom.

Under Section 52 (g) in relation to Section 6 (b) of Republic Act No. 8291 or the Government Service Insurance System Act of 1997, the mayor should “remit directly to the GSIS the employee’s and employer’s contributions within the first ten (10) days of the calendar month to which the contributions apply.”

In addition, under the law, these remittances “shall take priority over and above the payment of any and all obligations, except salaries and wages of its employees.”

The ex-mayor argued in a motion for reconsideration that his guilt has not been proven “beyond a reasonable doubt”, and that the prosecution failed to establish that his failure to remit the premiums were “intentional or without lawful or justifiable cause.”

In this light, he motioned for the court not to impose on him the penalty of absolute perpetual disqualification from public office.

However, the anti-graft court believed otherwise:

“Accused Talaue did not offer any new arguments or defenses in his motion. His self-serving statement that he instructed the municipal treasurer to remit the contributions does not absolve him from non-compliance with his legal obligation as head of agency,” the resolution read.

Talaue was sentenced to three to five years imprisonment, as well as a fine of P20,000. His penalty of disqualification from public office was upheld by the Sandiganbayan.

Mark Go: Baguio rehab should be led by locals