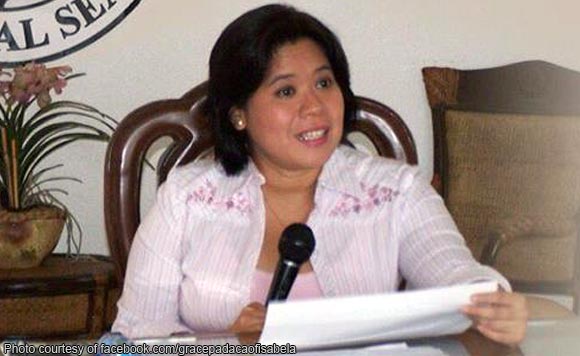 Former Isabela governor Grace Padaca could spend over two decades in prison after the Sandiganbayan 3rd Division held her guilty of misusing P25 million in agricultural funds in 2016.

In a decision Friday, the anti-graft court imposed 6 to 10 and 12 to 14 year prison sentences for her graft and malversation charges, respectively.

This was hotly contested by the ex-governor, who is a recipient of the Ramon Magsaysay Award for good governance, and her lawyer, Rogelio Vinluan, who stated that a motion for reconsideration will be in the works.

“I don’t even know what to say, of the P25 million, not one cent went to me, everything went towards the farmers of Isabela,” Padaca said to the press in the vernacular.

According to Padaca, the decision came as a surprise, especially since the contested memorandum of agreement for the release of the funds was authorized by Isabela’s provincial council.

Pending appeal, the court approved the payment of bail of P140,000, double the previous amount she coughed up for her provisional liberty.

In 2016, Padaca reportedly gave “undue advantage” to the Economic Development for Western Isabela and Northern Luzon Foundation Incorporated (EDWINLFI), a non-government organization, to the tune of P25 million.

The funds, loaned from the Development Bank of the Philippines, were supposedly to manage a credit facility for the benefit of farmers in Isabela, but the grant was contested for reportedly doing away with the public bidding requirement.

Padaca even filed a petition for certiorari with the Supreme Court, who remanded the case back to the Sandiganbayan after finding no trace of grave abuse of discretion.