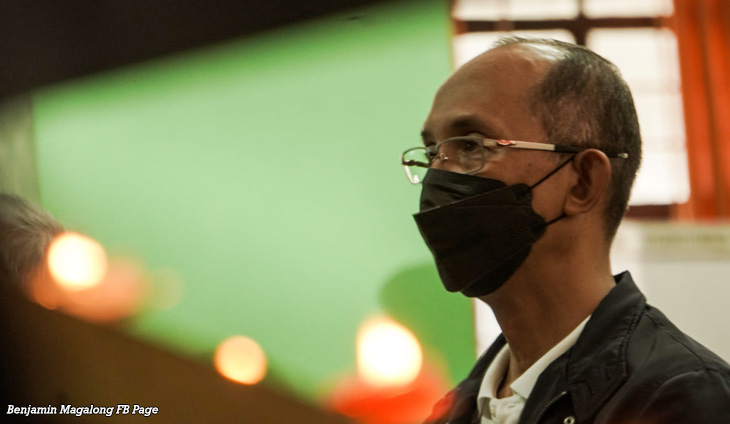 0 532
Share
Want more POLITIKO News? Get the latest newsfeed here. We publish dozens and dozens of politics-only news stories every hour. Click here to get to know more about your politiko - from trivial to crucial. it's our commitment to tell their stories. We follow your favorite POLITIKO like they are rockstars. If you are the politiko, always remember, your side is always our story. Read more. Find out more. Get the latest news here before it spreads on social media. Follow and bookmark this link. https://goo.gl/SvY8Kr

Baguio Mayor Benjamin “Benjie” Magalong said the city will forever remain grateful for the late president Fidel V. Ramos for helping them recover in the aftermath of the deadly 1990 Luzon earthquake.

The North Luzon politiko made the statement as he paid tribute to the departed president in a Facebook post on Sunday, July 31. Ramos, 94, died on the same day.

“By his pronounced support, Baguio steadily recovered, spurring significant infrastructure projects that have sparked quicker economic growth… We owe much to PFVR, and will always remember how he instilled national discipline during his term. We will all miss him. Salute!” Magalong said.

The police general turned politiko also hailed Ramos for his contributions to protecting democracy. Marcos was once a lieutenant general who served under the late dictator Ferdinand Marcos Sr. The defection of Ramos and former defense minister Juan Ponce Enrile would later prove to be consequential in ousting Marcos during the bloodless 1986 EDSA People Power Revolution.

“The city officialdom and our people are in shared grief as we condole with the bereaved family of the departed PFVR. He will be remembered for strengthening Philippine democracy and making the national economy grow into the Tiger Economy that the Philippines has become in the 90’s. We owe much to his valuable efforts in getting the country politically strong and economically robust,” said Magalong.