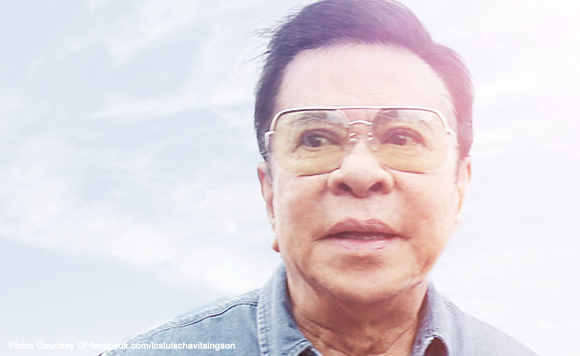 0 1,626
Share
Want more POLITIKO News? Get the latest newsfeed here. We publish dozens and dozens of politics-only news stories every hour. Click here to get to know more about your politiko - from trivial to crucial. it's our commitment to tell their stories. We follow your favorite POLITIKO like they are rockstars. If you are the politiko, always remember, your side is always our story. Read more. Find out more. Get the latest news here before it spreads on social media. Follow and bookmark this link. https://goo.gl/SvY8Kr

The League of Municipalities of the Philippines (LMP) campaigned for Narvacan, Ilocos Sur Mayor Luis ‘Chavit’ Singson’s candidacy as senator in the 2022 national elections.

In a statement issued by LMP, which Singson is president, a huge percentage of town mayors nationwide “expressed their collective aspiration to support the Politiko’s campaign and champion of local autonomy and decentralization who will vie for national positions.”

LMP spokesman Mayor Leopoldo Bataoil of Lingayen, Pangasinan said this would ensure “that needs and concerns of local government units, especially the municipalities and the barangays, are well represented” on a national level.

“Crossing political party lines and regional aggrupation, municipal mayors across the country are trying to convince Mayor Chavit to be the advocate of local governance in the Senate of the Philippines,” the LMP statement noted.