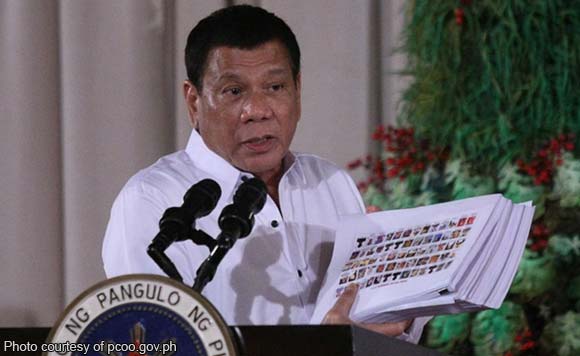 0 510
Share
Want more POLITIKO News? Get the latest newsfeed here. We publish dozens and dozens of politics-only news stories every hour. Click here to get to know more about your politiko - from trivial to crucial. it's our commitment to tell their stories. We follow your favorite POLITIKO like they are rockstars. If you are the politiko, always remember, your side is always our story. Read more. Find out more. Get the latest news here before it spreads on social media. Follow and bookmark this link. https://goo.gl/SvY8Kr

The RPOC resolution recommended that the names of Pangasinan 1st District Representative Jesus Celeste and Naguilian Mayor Reynaldo Flores and Bauang Eulogio de Guzman III be stricken off the narco-list.

The RPOC said “there is no evidence” that the three politikos had any involvement in any illegal drug activity.

“Upon deliberation and after intensive examination on the results of the different investigations conducted by the Philippine Drug Enforcement Agency (PDEA), Philippine National Police (PNP), National Bureau of Investigation (NBI), Military Intelligence Group (MIG), National Intelligence Coordinating Agency (NICA) and the Department of Interior and Local Government (DILG), this Committee has arrived at the conclusion that the following drug personalities and narco-politicians be recommended for delisting from President Duterte’s narco-list,” the RPOC resolution stated.