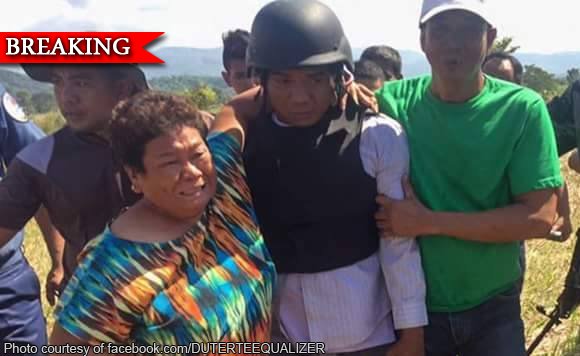 0 323
Share
Want more POLITIKO News? Get the latest newsfeed here. We publish dozens and dozens of politics-only news stories every hour. Click here to get to know more about your politiko - from trivial to crucial. it's our commitment to tell their stories. We follow your favorite POLITIKO like they are rockstars. If you are the politiko, always remember, your side is always our story. Read more. Find out more. Get the latest news here before it spreads on social media. Follow and bookmark this link. https://goo.gl/SvY8Kr

After months in hiding, Senator Leila de Lima’s former driver and lover, Ronnie Dayan, fell into authorities’ hands Tuesday (Nov. 22) after his joints ached in a chase that spanned several kilometers, a mountain and a river.

Facing reporters at Camp Crame hours after his arrest in La Union, Dayan detailed how he evaded arrest for months and what prompted him to stop running when cops came after him.

Dayan said he had to let authorities arrest him at a field because he couldn’t run any longer after trying to outrun them through a mountain and river.

Dayan said his joints ached because he had a sudden bout of arthritis, an ailment which he said was caused by his diet consisting of vegetables over the past few months.

Dayan said he stayed in a hut built on a field owned by the uncle of a relative. He said someone occasionally went to visit him, though he did not give any more details.

De Lima’s former driver has admitted to having a seven-year relationship with him. He said he will divulge everything he knows about allegations he is involved in the illegal drug trade in Congress on Wednesday (Nov. 23).