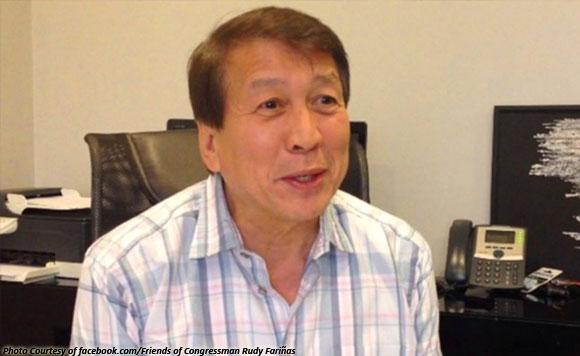 0 259
Share
Want more POLITIKO News? Get the latest newsfeed here. We publish dozens and dozens of politics-only news stories every hour. Click here to get to know more about your politiko - from trivial to crucial. it's our commitment to tell their stories. We follow your favorite POLITIKO like they are rockstars. If you are the politiko, always remember, your side is always our story. Read more. Find out more. Get the latest news here before it spreads on social media. Follow and bookmark this link. https://goo.gl/SvY8Kr

Majority Leader Rodolfo Fariñas on May 10 said the House of Representatives will wait for the Supreme Court’s (SC) decision on former chief justice Maria Lourdes Sereno’s motion for reconsideration as basis for the plenary vote on the impeachment complaint against her.

This after the SC voted 8-6 to grant the quo warranto petition seeking to oust Sereno as chief justice.

“Out of respect to a co-equal branch that has ruled that it has jurisdiction over the matter of the legality of the appointment of respondent Sereno, the HOR should wait for the resolution of the motion for reconsideration, if one is filed,” Fariñas said.