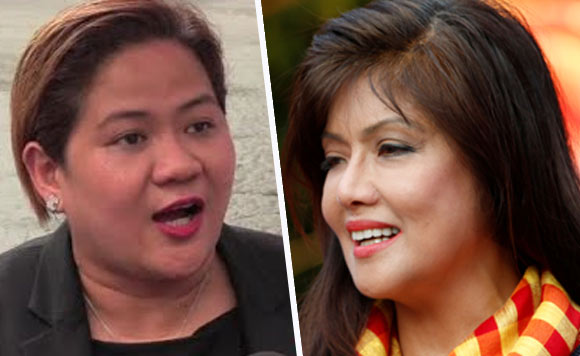 0 311
Share
Want more POLITIKO News? Get the latest newsfeed here. We publish dozens and dozens of politics-only news stories every hour. Click here to get to know more about your politiko - from trivial to crucial. it's our commitment to tell their stories. We follow your favorite POLITIKO like they are rockstars. If you are the politiko, always remember, your side is always our story. Read more. Find out more. Get the latest news here before it spreads on social media. Follow and bookmark this link. https://goo.gl/SvY8Kr

“If it is following the rules of PET that are being placed in issue, maybe Ms Marcos should also explain why she blatantly violated the rules when she gatecrashed the revision area,” Sardillo said.

But former senator Bongbong Marcos’ lawyer George Garcia confirmed the defeated vice presidential candidate and his wife, Lousie Araneta Marcos, were part of the PET’s accreditation list but not the Ilocos Norte governor.

Garcia, however, said the lady governor was allowed by the PET to enter.

“The PET even apologized for the inadvertence when they allowed Gov Imee. The PET said it will not happen again,” Garcia said.