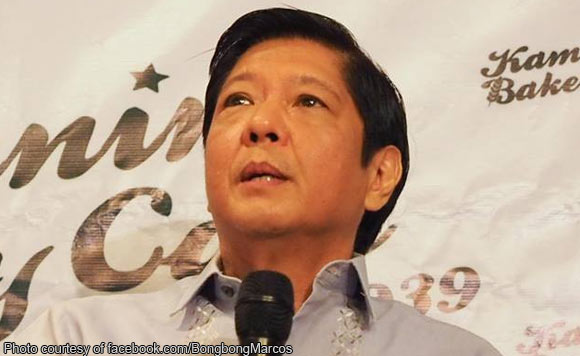 Vice President Leni Robredo’s camp says former senator Bongbong Marcos was given the wrong information when he said the “questionable” square marks on ballot images were indications of electoral fraud.

The Ilocos Norte politiko earlier accused Robredo, the Commission on Elections (Comelec), and technology provider Smartmatic of colluding to cheat him in the 2016 polls.

“Marcos was ill-advised to believe that the presence of these ‘square shapes’ are signs of massive election fraud and immediately went to the media to announce such a phenomenon, only to realize later that he and his adviser committed a great blunder for calling such special feature of the 2016 ballot images as irregularities to favor Robredo,” Macalintal said.

“Marcos was clearly fed with the wrong information by his adviser or a person who was as hysterical and excited as Marcos when they saw this characteristics of the ballot images. They did not know that this ‘square’ containing the black shading made by the voter on the ballot was a new and special feature of the ballot images for the 2016 elections,” he added.

Macalintal said the Comelec introduced the new features of the ballots in a meeting with the political parties before the 2016 elections.