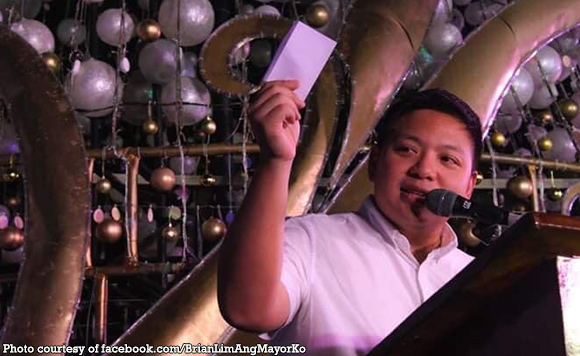 0 840
Share
Want more POLITIKO News? Get the latest newsfeed here. We publish dozens and dozens of politics-only news stories every hour. Click here to get to know more about your politiko - from trivial to crucial. it's our commitment to tell their stories. We follow your favorite POLITIKO like they are rockstars. If you are the politiko, always remember, your side is always our story. Read more. Find out more. Get the latest news here before it spreads on social media. Follow and bookmark this link. https://goo.gl/SvY8Kr

Dagupan Mayor Brian Lim has been tagged by the Anti-Red Tape Authority (ARTA) for his alleged failure to act on a P550 million waste conversion project which has been pending for the last three years.

The complaint was filed by SURE Global Waste to Worth Innovations (W2WI), a leading international organization involved in sustainable and eco-friendly solutions.

The Dagupan city government signed a joint venture agreement (JVA) in 2017 with W2WI for the Waste to Worth project, to help end Dagupan’s garbage woes.

W2W1 proposed to build a state-of-the-art facility to convert solid waste into diesel fuel for jeepneys and motorboats, as well as methane gas for cooking and lighting homes.

W2WI will build the facility at no cost to the city government, provided the latter provides a parcel of land measuring two hectares in Bonuan, Binloc.

The facility can take up to 30 tons of garbage a day, and produce 4,000 liters of diesel from plastics and 4,000 kilograms of natural gas from green and food wastes.

But despite Dagupan’s mounting garbage collection and disposal problem, Lim has left the project in limbo.

W2WI claimed that all due diligence requirements (including studies, permits, paperwork, and budget approvals) have long been secured and only Lim’s signature was lacking.

Based on Republic Act No. 9485, otherwise known as the Anti-Red Tape Act of 2007, frontline service procedures must be simplified and service standards must be formulated and be observed in every transaction. The same is stipulated in the Republic Act No. 11032, also known as the Ease of Doing Business and Efficient Government Service Delivery Act of 2018.

Dagupan is the third LGU after Angeles City and Cabuyao, Laguna to explore a partnership with W2WI.

Mayor Magalong: Only critical patients should be transferred…