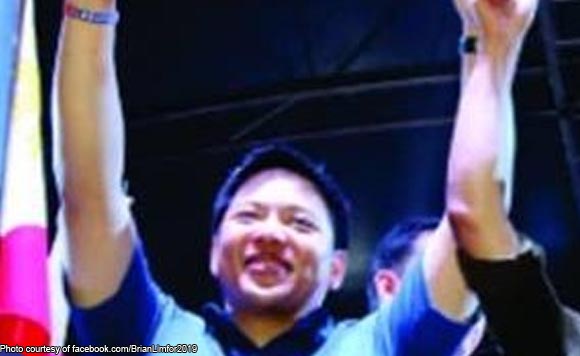 Incumbent Vice Mayor Brian Lim on Tuesday was proclaimed newly-elected mayor of this city after garnering 49,156 votes as against the 47,917 of reelectionist Mayor Belen Fernandez.

In an interview Tuesday, Lim said his election revives his father, the late mayor Benjie S. Lim’s “Our City, Our Shared Responsibility” statement.

“The reason why ‘Our City, Our Shared Responsibility’ is a good statement is (that) sometimes, people don’t realize that they have a say in their city. Sometimes, the people are just content that they are living in Dagupan, they are earning here. We also have a stake in our city, we also have to do our part not only as people who live here, but people who care about the city, how they can help the government,” Lim explained.

“The formula really is government, the civil society, and businesses. All three sectors of government, all sectors of any community or city, must unite in resolving the problems. Hindi kakayaning mag-isa ng gobyerno lang (The government can’t do this alone). The people, the government, the businessmen, we’ll definitely get them involved,” he added.

Lim thanked all the candidates for their efforts and urged them to put behind the concluded political exercise and instead create unity in the city.

He described the mayoral race as a very difficult journey.

“But we’ve made it this far. We are thankful for the support and love of the supporters of Team LiFe,” Lim said.

Lim had served as national president, and later, as world president of the Junior Chamber International.