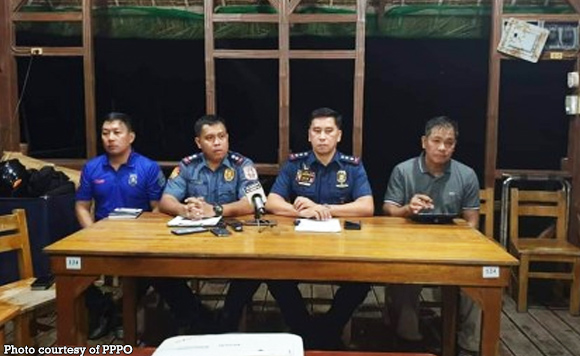 0 185
Share
Want more POLITIKO News? Get the latest newsfeed here. We publish dozens and dozens of politics-only news stories every hour. Click here to get to know more about your politiko - from trivial to crucial. it's our commitment to tell their stories. We follow your favorite POLITIKO like they are rockstars. If you are the politiko, always remember, your side is always our story. Read more. Find out more. Get the latest news here before it spreads on social media. Follow and bookmark this link. https://goo.gl/SvY8Kr

CALASIAO, Pangasinan — A special investigation task group (SITG) has been activated to solve the deadly ambush of a former Pangasinan police chief on Thursday afternoon.

He said CCTV footage from establishments near the crime scene captured images of four suspects on board two motorcycles who killed Chan. The suspects were also seen fleeing the scene immediately after the shooting.

“The suspects were already seen going around the area well before the crime happened,” Maranan said, adding that all the people Chan had conversations with are considered persons of interest for evaluation at the moment.

The victim’s driver Juanito Lozada Jr., who was safe after the shooting, is also under investigation.

“We conducted (a) dragnet operation. We will do the backtracking. We are positive we will be able to solve this. We will give justice to the victim,” Maranan said, noting that the crime is an isolated case. “What is important is that the police are here to go after these criminals, whom we will later identify and arrest.”

Chan and his driver were on board an orange Ford Ranger traversing Barangay Nalsian here when the assailants fired at them. They were going to Urdaneta City based on the authorities’ initial investigation.

“Based on physical observation, as we are still waiting for the official report from the Scene of the Crime (Operation), there were five bullet markings on the Ford Ranger where Chan and his driver were on board. The investigators also recovered five empty shells of caliber 45 on the crime scene,” Maranan said.

He added that Chan sustained two gunshot wounds in the neck and one in his chest, while his driver was unharmed and was able to bring Chan to a nearby hospital. “The doctors tried to revive the victim but (he) was pronounced dead at 3:46 p.m. The shooting happened at 2:50 p.m.,” Maranan said.

Chan served as provincial police director from 2013 to 2015 and was assigned to Camp Crame before his retirement in March 2019.