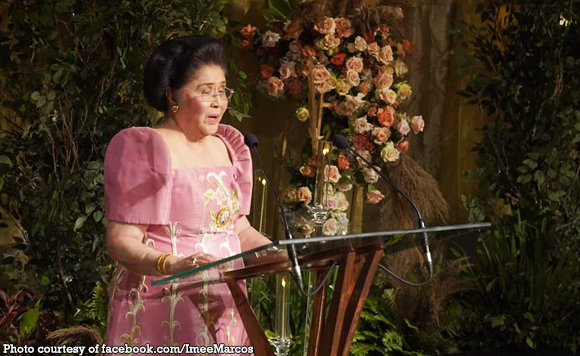 Former First Lady Imelda Marcos trended online over the weekend after her accent was mocked by the British Royal Family in the Netflix drama, “The Crown.”

An excerpt of the third episode of The Crown’s latest season – which is now viral on Twitter – showed Princess Margaret recounting the time she met Marcos.

Princess Margaret said the wife of the late President Ferdinand Marcos Sr. wanted to show off her “shell collection.”

But this elicited laughter from the rest of the royals, who made fun of Marcos’ accent. They asked Margaret if Marcos had meant “shoe,” referring to the infamous shoe collection of the late dictator’s wife. The princess then insisted Marcos was referring to her seashell collection.

What an unfortunate cameo for the Iron Butterfly!