Pangasinan police to deploy more cops to prep for 2022 polls 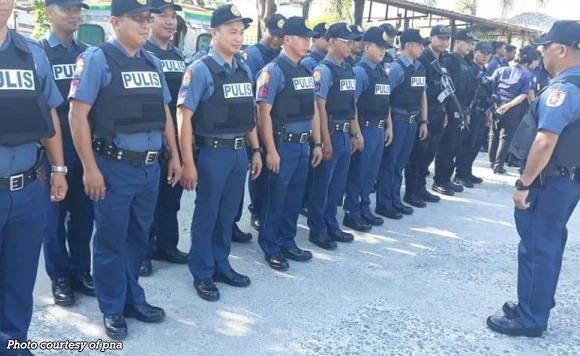 0 289
Share
Want more POLITIKO News? Get the latest newsfeed here. We publish dozens and dozens of politics-only news stories every hour. Click here to get to know more about your politiko - from trivial to crucial. it's our commitment to tell their stories. We follow your favorite POLITIKO like they are rockstars. If you are the politiko, always remember, your side is always our story. Read more. Find out more. Get the latest news here before it spreads on social media. Follow and bookmark this link. https://goo.gl/SvY8Kr

Pangasinan police will deploy around 88 more policemen to serve as an augmentation force in to patrol along highways and do random border checkpoints as the province prepares for the elections.

“There are municipalities that have grown in population following the recent census conducted thus this is one of the considerations to add manpower to these areas,” he said in a virtual forum hosted by the Philippine Information Agency on Thursday.

Tadina added that 17 other localities are also considered as areas of concern in the 2022 national elections in May, aside from three areas of immediate concern given the incidents in the previous elections.

“These areas will also need an additional police force to ensure a peaceful and safe election,” he said.