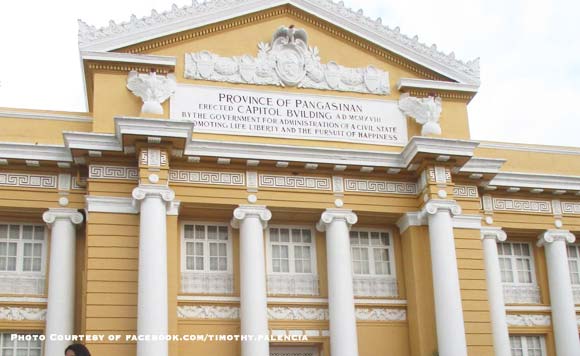 0 128
Share
Want more POLITIKO News? Get the latest newsfeed here. We publish dozens and dozens of politics-only news stories every hour. Click here to get to know more about your politiko - from trivial to crucial. it's our commitment to tell their stories. We follow your favorite POLITIKO like they are rockstars. If you are the politiko, always remember, your side is always our story. Read more. Find out more. Get the latest news here before it spreads on social media. Follow and bookmark this link. https://goo.gl/SvY8Kr

The municipal government of Sual has gotten itself into a deadlock over the operation of 20 fish market stalls worth P3.44 million, leaving them unoccupied and idle for more than two years despite full completion.

In the 2018 Annual Audit Report by the Commission on Audit (COA), the municipal government’s executive and legislative officers pointed their fingers at each other as the reason for the delay.

According to Sual management, as stated in the report, the reason for the non-operation of the stalls was delay on the part of the Sangguniang Bayan (SB) in filing an ordinance for their rates and fees.

However, the SB Secretary explained that the ordinance was held up due to unsettled matters on taxes, fees and rates to be collected, as well as the failure to conduct a mandatory public hearing.

In their rebuttal, Sual management stated that the SB, as the legislative body, was responsible for initiating the hearing. They also claimed that they have been “repetitively coordinating” with the SB for the passage of the ordinance, to no avail.

In any case, state auditors reminded Sual officials that continued inaction would only negatively affect the municipality.

“The non-utilization of the said fish market stalls deprived the Management of additional income that could be derived from its operations. Also, the intended beneficiaries or fish vendors who are interested to use the stalls were deprived of the opportunity to earn an income for their living,” COA said.

The state auditing agency ordered Sual management to coordinate with the SB to expedite the passage of the necessary ordinance so that the idle stalls could finally be offered to interested fish vendors, and earn additional income which could finance other projects.

Kape, ligo, at dasal: Councilor Fariñas on what makes her…