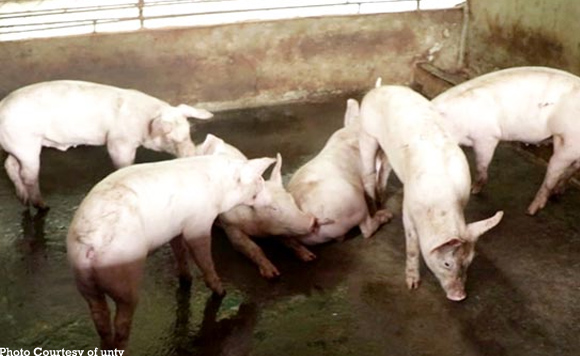 At least 5,581 pigs were culled in Pangasinan due to the threat of African Swine Fever (ASF), the Office of the Provincial Veterinarian (OPVET) said.

But provincial veterinarian Dr. Jovito Tabarejos said the number might still increase because of the quick spread of ASF in the province.

But Tabarejos, despite the threat of ASF in the piggery industry of the province, remains hopeful the province can contain the virus.

“We trust that we can still prevent it because we have contained the virus from spreading last year where Mapandan and Bayambang towns were the first to be hit,” he said.

Meanwhile, 60 to 70 percent of the barangays in Binmaley town are now affected by ASF that started sometime in January.

Tabarejos said there are some hog raisers in the area who illegally slaughtered their pigs despite the existing total ban of selling pork in the market.

He urged the public to participate with the authorities in preventing the spread of ASF and saving the piggery industry of the province.

Also, Tabarejos said backyard hog raisers must observe and maintain biosecurity in piggeries, especially when feeding their pigs with swills.