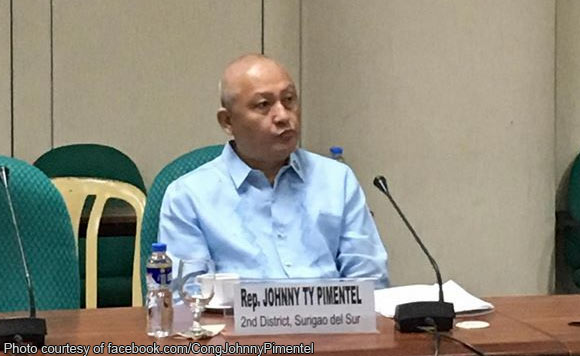 0 503
Share
Want more POLITIKO News? Get the latest newsfeed here. We publish dozens and dozens of politics-only news stories every hour. Click here to get to know more about your politiko - from trivial to crucial. it's our commitment to tell their stories. We follow your favorite POLITIKO like they are rockstars. If you are the politiko, always remember, your side is always our story. Read more. Find out more. Get the latest news here before it spreads on social media. Follow and bookmark this link. https://goo.gl/SvY8Kr

Pimentel gave the six Ilocos Norte finance officials the new monicker Thursday (July 20) even as he belied the claim of Governor Imee Marcos that her provincial employees are being mistreated by the House of Representatives (HOR), which is holding them in custody.

“The Marcos Six are in air-conditioned rooms where they are given proper meals. There is no limit to the number of visitors they can have, and their doctors are allowed to see them anytime, under the supervision of the House’s medical team,” said Pimentel, chairman of the House Committee on Good Government and Public Accountability.

In addition to this, the Marcos Six also have access to cellular phones, cable television, and Internet, the House leader added.

The Marcos Six–Pedro Agcaoili, Josephine Calajate, Eden Battulayan, Encarnacion Gaor, Genedine Jambaro and Evangeline Tabulog–were held in contempt by the panel last May 29 for giving evasive answers to lawmakers regarding the vehicle transactions.

Governor Marcos is claiming that the HOR wants the Capitol executives transferred in time for President Duterte’s State of the Nation Address on Monday, July 24. Pimentel said such statement was “untruthful.”

Marcos has been subpoenaed by the Pimentel panel to attend a July 25 hearing regarding the alleged misuse of tobacco excise tax funds.

The perception is that the HOR will have the lady politiko arrested if she decides not to show up.