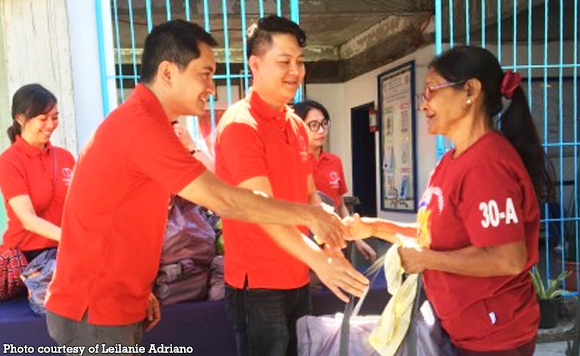 0 1,373
Share
Want more POLITIKO News? Get the latest newsfeed here. We publish dozens and dozens of politics-only news stories every hour. Click here to get to know more about your politiko - from trivial to crucial. it's our commitment to tell their stories. We follow your favorite POLITIKO like they are rockstars. If you are the politiko, always remember, your side is always our story. Read more. Find out more. Get the latest news here before it spreads on social media. Follow and bookmark this link. https://goo.gl/SvY8Kr

LAOAG CITY—A massive river clean-up along the stretch of Padsan River here is being eyed to bring in better opportunities to poor Ilocanos through sand extraction.

For five years starting this year, the China-Philippines Unified Enterprises Inc. (CPU), a Philippines-based consultancy firm that assists Chinese clients, said business opportunities will be available to those who will engage in sand extraction along the heavily-silted river for construction use.

While introducing the new company and its planned operation to host villages, Martin Araneta, CPU external vice president, said on Friday they have secured an open quarry permit and the extraction of sand will start after consulting local residents in the area.

“We are here to bring in better opportunities and to serve the Ilocanos. Rest assured that whatever undertaking we may have will be in accordance with the law,” Araneta said, following a video presentation on the importance of dredging the river to prevent flooding at the covered court of Barangay 30-A Suyo.

The presentation aimed to generate environmental awareness and to solicit the support of local residents.

Due to the heavy siltation at the lower portion of Padsan River, Ilocos Norte Governor Matthew Joseph Manotoc declared an open quarry near the Laoag by-pass bridge all the way to Monroe Island in Barangay La Paz.

In a separate interview, Michael Ma, president of CPU, said the dredging of Padsan River is a pioneering project that they will undertake in the province.

“The project aims to strengthen China and Philippines trade relations. We are here to improve your lives and create a brighter future for all,” he said during the company’s gift-giving program to selected 127 poor families in Barangays 30-A, 33-A and 33B who will be directly affected by the river clean-up.

Araneta said the gift-giving initiative, as part of the company’s corporate social responsibility program, is just an initial phase of the series of activities they will extend to the people of Laoag once its operation goes into full swing.

He added that villagers who will be affected by the quarry operation such as those who derive their livelihood from fishing and gathering of freshwater shells, will be provided assistance to compensate for their losses.

Village chief Pablo Martin Jr. of Barangay 33-A La Paz thanked the new firm for reaching out to them and listening to their concerns.

He assured his constituents that barangay officials will help in monitoring the project to ensure that it will strictly follow all the rules and regulations.