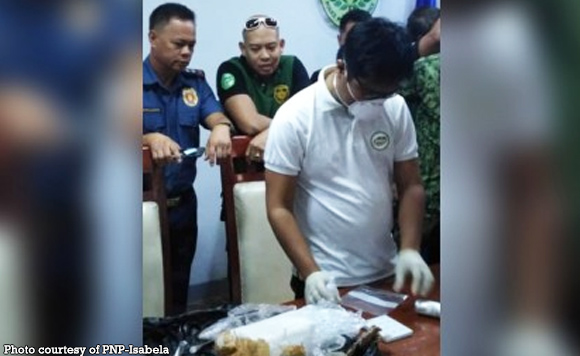 0 993
Share
Want more POLITIKO News? Get the latest newsfeed here. We publish dozens and dozens of politics-only news stories every hour. Click here to get to know more about your politiko - from trivial to crucial. it's our commitment to tell their stories. We follow your favorite POLITIKO like they are rockstars. If you are the politiko, always remember, your side is always our story. Read more. Find out more. Get the latest news here before it spreads on social media. Follow and bookmark this link. https://goo.gl/SvY8Kr

TUGUEGARAO CITY — A kilogram of cocaine worth PHP6 million was found off the shorelines of Barangay Bicobian in Divilacan, Isabela on Sunday.

The fishers turned over the substance to the Naval Intelligence and Security Group-Northern Luzon and later, to the Divilacan police.

The substance was confirmed to be cocaine in a series of tests by PDEA chemist Jomar Concepcion.

Casimiro said the “bigtime accomplishment” was due to the good partnership of villagers and police in the area who have been “vigilant and hardworking.”

In February 2018, a blue container with 18 packs of cocaine worth PHP79 million was found in Barangay Dipudo, also in Divilacan, Isabela.

Mayor Guillen: Refurbished rehab center is open to all…

Mayor Magalong: Baguio not on lockdown