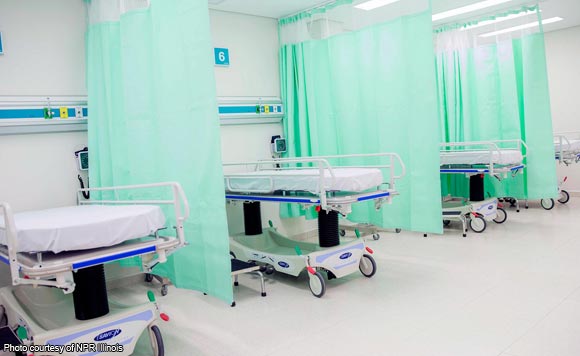 The continued operation of five district hospitals in La Union is currently threatened by massive net losses in 2018, according to an audit report by the Commission on Audit (COA).

Source: 2018 Annual Audit Report on the Province of La Union

According to the report, the massive falloff could be attributed to additional costs from the implementation of the third tranche of Salary Standardization Law and decreased subsidies from the provincial government.

“Therefore, the sustainability of the district hospitals cannot be determined, hence, may influence the effective provision of health services of the province as stated in Section 16 and 17 of RA No. 7160,” COA said.

Under Section 16 and 17 of RA No. 7160 also known as the Local Government Code, the local government is responsible for, among others, the promotion of their inhabitants’ health and safety, as well as the “effective provision of basic services” including hospitals and other tertiary services.

However, according to the report, hospital management remains concerned on whether collections will even be sufficient to pay for the salaries and wages of the personnel and other hospital expenses –  especially in the face of reduced government subsidy. To make things worse, the effective discharge of medical services, according to hospital management, is also currently affected by significant gaps in the personnel in all five hospitals.

Source: 2018 Annual Audit Report on the Province of La Union
The report shows that the cost to ensure all five district hospitals to function would amount to P62.79 million per quarter of every year. The provincial government only provides P12.5 million.

In a report by the Department of Health Region 1 Office, they showed that the region has recorded 220 cases of measles. Of those 220, 16 were recorded in the very same La Union district hospitals.