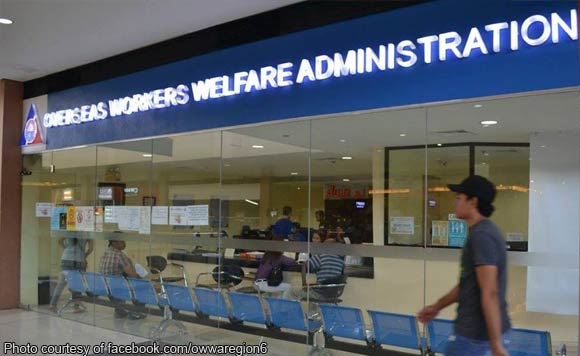 0 305
Share
Want more POLITIKO News? Get the latest newsfeed here. We publish dozens and dozens of politics-only news stories every hour. Click here to get to know more about your politiko - from trivial to crucial. it's our commitment to tell their stories. We follow your favorite POLITIKO like they are rockstars. If you are the politiko, always remember, your side is always our story. Read more. Find out more. Get the latest news here before it spreads on social media. Follow and bookmark this link. https://goo.gl/SvY8Kr

The Overseas Workers Welfare Administration (OWWA) has signed a memorandum of agreement (MOA) on Monday with officials of the Baguio City government and Benguet province for the setting up of migrant workers’ help desks in the Cordillera region.

During the MOA signing, OWWA Administrator Hans Cacdac said the set up would make it easy for the OFWs and their families to seek help from the government.

The help desks will also serve as links to other agencies like the Philippine Overseas Employment Administration (POEA) and the Department of Labor and Employment (DOLE).

“This will also help to reach and get immediate response for the OFWs and their families in the different localities,” Cacdac said.

He explained that the OWWA would tap and train appointed personnel from the local government units, so they could give the appropriate assistance, especially on OFWs who were in distress.

Cacdac also mentioned the OFW bank, one of the priority programs of President Rodrigo Duterte to aid the OFWs. Part of this was the allocation of funds that the OFWs can access for loans and livelihood needs. The bank would also provide lower remittance service fees, better loan products, and other packages aimed at addressing the OFWs’ needs.

The OFW Bank was launched last Jan. 18, with the President leading the event.

OWWA-Cordillera Regional Director Evelyn Laranang said the MOA signing with Baguio and Benguet would strengthen the coordination between the OWWA and the local government units (LGUs).

She said the OWWA was targeting a 100-percent partnership with the different municipalities in the Cordillera, starting with Baguio and Benguet.

She added the agency had recently held a capability building seminar for LGUs.

The capability building seminar aimed to equip migrant officers with the different programs and benefits intended for OFWs and their immediate families. (Philippine News Agency)