On Cloud 9! Chavit Singson flies Catriona Gray to PH after Miss U win 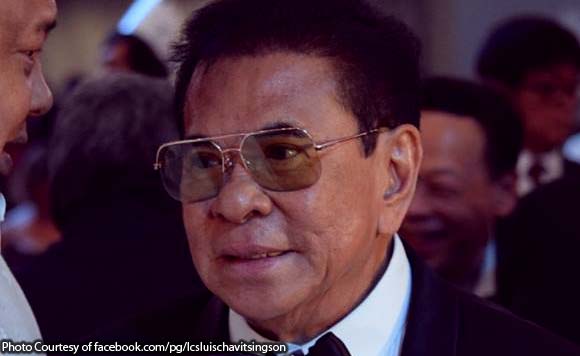 Ilocos Sur councilor Luis “Chavit” Singson has flown Miss Universe 2018 Catriona Gray to the Philippines so she could have a short but sweet victory celebration with her fans.

Gray flew to Manila from Thailand Wednesday (December 19) aboard Singson’s private plane. They were joined on the flight by officials from the Miss Universe Organization and select members of the media.

Singson was seen accompanying Gray when the plane landed in Manila up until she had a short meet and greet with her fans at a hotel.

The former governor’s daughter, Richelle, was one of the judges in the Miss Universe 2018 pageant held in Bangkok.

In an interview over dzMM radio, Singson explained that he arranged with MUO to fly Gray and the new Miss Universe to the Philippines right after the pageant for Filipinos’ enjoyment. It so happened, he said, that the Bicolana beauty queen was chosen as the winner.