‘Ompong’ death toll in Cordillera rises to 67; 63 others missing 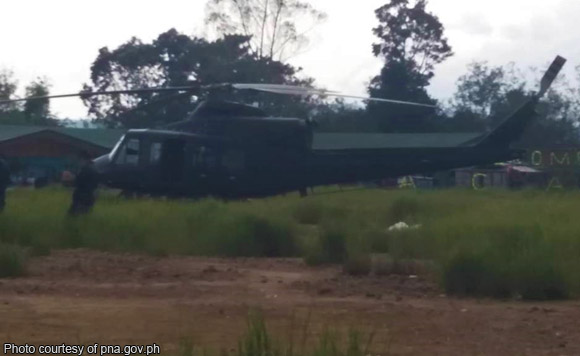 Death toll due to Typhoon Ompong (international name: Mangkhut) has risen to 67 in the entire Cordillera region, while 63 others were reported missing as of Wednesday noon, the Department of the Interior and Local Government (DILG) in the region said.

DILG Regional Director Marlo Iringan, who heads the regional Disaster Risk Reduction Management Council (DRRMC) cluster on the management of the dead and the missing, said those confirmed dead were mostly from this mining town with 45, followed by Baguio — 11, Mountain Province — 6, La Trinidad, Benguet — 3, and one each from Tuba, Benguet and Kalinga province.

Of the 63 missing persons, 59 are in Itogon, Benguet and four are in Baguio City.

Itogon Mayor Victorio Palangdan said 18 bodies have been recovered from the major landslide in Barangay Ucab in this mining town.

Ruben Carandang, Office of Civil Defense Cordillera (OCD-CAR) regional director and chairman of the regional DRRM, said the Northern Luzon Command (Nolcom) of the Armed Forces of the Philippines (AFP) had sent additional personnel on Wednesday morning to help in the search, rescue, and retrieval (SSR) operation at the landslide area in Barangay Ucab.

From day-one of the landslide, about 200 persons have been helping each other “on ground zero” daily, digging tons of soil and mud to recover bodies and look for survivors.

“There are over a thousand warm bodies, who are alternately doing the SSR operation,” Carandang said.

At present, personnel from the AFP, Philippine National Police (PNP), Bureau of Fire Protection (BFP), private volunteers, including miners, are collaborating with each other in the SSR operation on ground zero.

At the briefing, Carandang thanked the AFP for sending five choppers, which are now being used in transporting supplies in areas isolated by the damage of the typhoon.

He said the choppers were also used by the ground officials for aerial inspection of the landslide area to look for possible sites, where the Department of Public Works and Highways (DPWH) can possibly be accessed by backhoe and heavy equipment to reach ground zero.

Benguet Governor Crescencio Pacalso explained that the heavy equipment will be used in removing the soil that diggers take out from the landslide area to clear the site.

“We cannot use the backhoe to dig for bodies,” Pacalso said.

The Itogon mayor, meanwhile, expressed confidence that they can still find survivors under the rubble.

“I am still hopeful that we can still find survivors,” as he said live animals were found under the collapsed structures.

He said if live animals can be found, there is still a big chance that survivors will also be recovered.

On Tuesday, Political Adviser and Secretary Francis Tolentino told media in an interview that the operation is still a “rescue operation,” relating past experiences in Nepal, China, and other countries, where survivors were still rescued several weeks after being buried underground.

Tolentino was assigned by President Rodrigo Duterte as his point person and emissary in the aftermath of Typhoon Ompong.

Carandang said forensic experts from the National Bureau of Investigation (NBI) have already arrived in Itogon.

They will be in charge of processing the dead and conducting possible DNA tests on unidentified bodies.

The military chief said experts would soon start getting samples from relatives of the missing persons to be matched with those of the recovered unidentified bodies.

In a coordination meeting on Tuesday, Dr. Sheilah Mapalo of Baguio City said the central office of the NBI has opted to send two forensic teams.

She said the DNA testing is crucial, as decomposition makes the bodies difficult to identify.

It was agreed in the Tuesday meeting that a temporary burial site be identified for unrecognizable bodies, which will be exhumed when the DNA test results come out.

She said it will take a little more time for the DNA results to be completed.

She added the bodies will not be released if the families are unsure of getting the remains of their family members. (PNA)