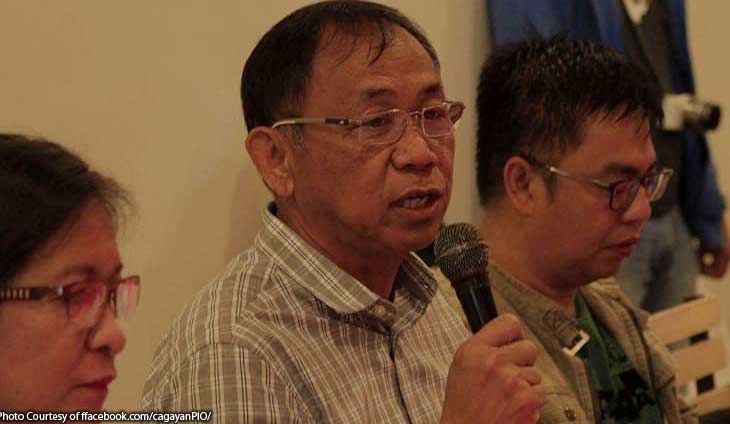 0 439
Share
Want more POLITIKO News? Get the latest newsfeed here. We publish dozens and dozens of politics-only news stories every hour. Click here to get to know more about your politiko - from trivial to crucial. it's our commitment to tell their stories. We follow your favorite POLITIKO like they are rockstars. If you are the politiko, always remember, your side is always our story. Read more. Find out more. Get the latest news here before it spreads on social media. Follow and bookmark this link. https://goo.gl/SvY8Kr

Cagayan Governor Manuel Mamba vowed to conduct his own investigation on the reported absence of mayors during the onslaught of Typhoon Ompong and said there would be no cover-up.

He also confirmed that he did not issue a travel order to any of the town chief executives days before “Ompong” hit the province, amid reports that some local officials were in Malacañang in Metro Manila when the typhoon battered northern Luzon.

“No one had asked for a travel order or a travel authority, so I didn’t even know that they went there,” Mamba told the Philippine News Agency (PNA) in a telephone interview.

At least 16 mayors from Cagayan and the Cordillera region have been placed under investigation by the Department of the Interior and Local Government for allegedly being absent during “Ompong’s” onslaught. Mayors who will be proven absent could face suspension or dismissal from service.

Mamba said the mayors’ presence is crucial during typhoons and other calamities as they provide leadership in disaster preparedness and relief operations.

He said even if the mayors sought permission to travel to Manila, he would still have disallowed it as the typhoon was then approaching.

Mamba said there would be no exception even if the invitation came from Malacañang.

“Even days before the typhoon, I already informed them to activate their disaster-risk reduction councils and prepare for the danger that it may bring to Cagayan,” the governor said. (PNA)