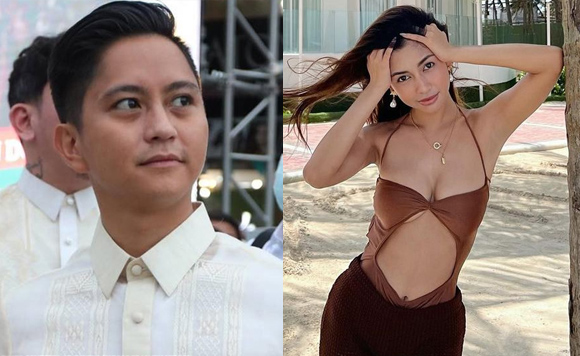 0 1,576
Share
Want more POLITIKO News? Get the latest newsfeed here. We publish dozens and dozens of politics-only news stories every hour. Click here to get to know more about your politiko - from trivial to crucial. it's our commitment to tell their stories. We follow your favorite POLITIKO like they are rockstars. If you are the politiko, always remember, your side is always our story. Read more. Find out more. Get the latest news here before it spreads on social media. Follow and bookmark this link. https://goo.gl/SvY8Kr

Many Sandro Marcos fans must be heartbroken right now.

Mercado and Marcos had a light conversation on the sidelines of Vice President-elect Sara Duterte’s inauguration that day.

In their conversation, Mercado told the North Luzon politiko that she just found out that his girlfriend is from Bacoor.

Marcos confirmed it, but did not name his girlfriend yet.

“Hello, Sandro. Ang girlfriend mo pala is taga-Bacoor,” said Mercado, telling Sandro it was her son Bryan who told her about it.

Social media is now abuzz that Marcos’ secret lover is Miro. The two have neither confirmed nor denied the rumors. Jowa reveal soon, Cong. Sandro?