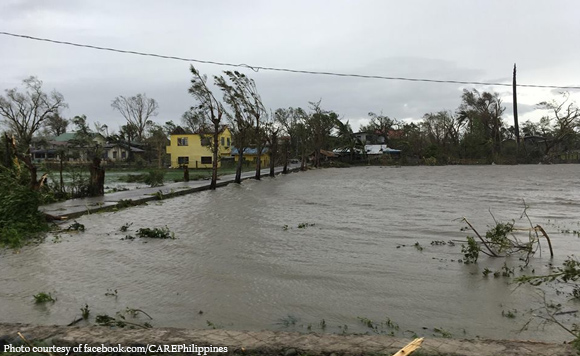 0 715
Share
Want more POLITIKO News? Get the latest newsfeed here. We publish dozens and dozens of politics-only news stories every hour. Click here to get to know more about your politiko - from trivial to crucial. it's our commitment to tell their stories. We follow your favorite POLITIKO like they are rockstars. If you are the politiko, always remember, your side is always our story. Read more. Find out more. Get the latest news here before it spreads on social media. Follow and bookmark this link. https://goo.gl/SvY8Kr

MANILA — A total of five Northern Luzon mayors who were absent from their posts during the onslaught of Typhoon Ompong in September 2018 may face possible administrative sanctions before the Office of the Ombudsman, the Department of the Interior and Local Government (DILG) said Tuesday.

Meanwhile, six others will be issued a written admonition after an investigation by the department, Assistant Secretary and spokesperson Jonathan Malaya said.

Malaya said based on the findings and recommendations of the DILG Central Office validation team, five mayors, whose explanations were found to be “inadequate and unjustified” and “whose acts probably violated existing laws, rules, and regulations,” may face administrative sanctions from the Office of the Ombudsman.

“Despite having knowledge of the impending typhoon and the DILG advisory, said mayors were not in their post during the typhoon. Such act on their part may be considered as dereliction of duty, negligence, or other administrative offense. We have referred their case to the Office of the Ombudsman,” he said in a news release.

On the other hand, six mayors will receive a written admonition from DILG Secretary Eduardo Año for disregarding the DILG advisory and directives requiring their physical presence during calamities and for their “failure to personally supervise and/or manage the evacuation, rescue and relief operations of their constituents on September 14, 15, and 16, 2018”.

“Secretary Año’s directive was very clear. The physical presence of the mayor in his area of responsibility is crucial; his absence adversely affects the operation of the LGU (local government unit) and it is their constituents who suffer,” Malaya said.

“The DILG wishes to remind all local chief executives and all other local elective officials that they are considered ‘on-call any time of the day. That is the essence of public service. This is the reason why they do not have fixed working hours because doing so would limit their service to the public to the prejudice of their constituents,” he said.

Meanwhile, the DILG has referred to concerned DILG regional offices the explanation of four other mayors that needed revalidation.

“Whether the absence is for personal or official reasons, their duty as local chief executives must be of first priority especially during calamities. Unless they can prove that it is legally and physically impossible to perform their duty during that time, these four mayors may also be found liable,” Malaya said.

Last September, the DILG issued show cause orders against 16 mayors from Cagayan Valley and Cordillera Administrative Region who were allegedly “missing in action” when “Ompong” hit the country.

A DILG validation team was created thereafter to determine the merits and reasonableness of the excuses provided by mayors including the parameters in determining the same.

Prior to the typhoon, an advisory was issued by Año dated Sept. 14, 2018, directing all mayors to be present in their respective areas to ensure immediate government response with the aim of “zero casualties.”

Only one mayor excused

Out of the 16 mayors, only the explanation given by one mayor regarding his absence was found to be acceptable, Malaya said.

“While the mayor had to attend a Sandiganbayan Court Hearing in Quezon City on Sept. 13, 2018, an equally urgent matter, he nevertheless managed to return immediately to his area of responsibility,” he said.

Based on the explanation of the said mayor, instructions were given to the Municipal Disaster Risk Reduction and Management Officers before he left for his hearing at the Sandiganbayan. He arrived in his town on the day of the onslaught and immediately convened the local disaster management council where he was in direct command, supervision, and control.

The DILG did not accept some of the excuses given by some mayors which included: attended a training workshop in Baguio, League of Municipalities of the Philippines meeting in Davao, attended National Economic and Development Authority and Department of Agriculture activities in Manila, or a meeting in Malacañang, among others.

Malaya said Malacañang merely invited the mayors to a meeting; it was not an order or directive so the decision whether or not to leave their constituents with a typhoon approaching was with the local chief executive concerned.

“They should have prioritized the welfare of their constituents. That’s the reason why we cannot accept such an explanation,” he added.

Under the Local Government Code, an elective local official may be disciplined, suspended, or removed from office for gross negligence, dereliction of duty, or misconduct in office.

The mayor also has the duty to carry out such emergency measures as may be necessary during and in the aftermath of man-made and natural disasters and calamities.

The DILG also has “Oplan Listo” protocols that mayors are required to undertake before, during, and after any calamity. (DILG PR)