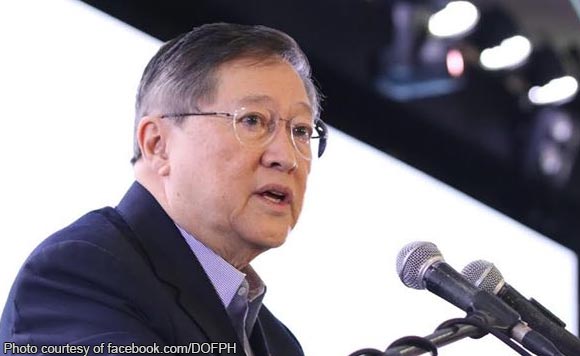 The Ilocos Norte politiko made the false claim during a Senate hearing on the government’s response to the coronavirus (COVID19) pandemic.

“During Masagana 99 in the early 70s, there was a very effective use of commercial banks, rural banks, and even cooperative banks,” Marcos said.

“And I believe that scheme will truly work, however, perhaps we can consider enlarging the national government stake even in that regard,” she added.

But Dominguez, who was former president Corazon Aquino’s Agriculture secretary, disputed this.

“I was the secretary of agriculture who cleaned up the mess that was left by Masagana 99. There were about 800 rural banks that were bankrupted by that program and we had to rescue them,” he said.

Marcos sought to backtrack, saying “the success perhaps was not in banking, but the success was in rice exportation.”

But Dominguez has ready answer.

Marcos then claimed that she and Dominguez had different data.

“I prefer to stick to the finance data for now. But in the meantime, iba ‘yung ating data, tsaka na lang tayo magdiskusyon,” she said.