Nancy Binay on Enrile’s false claim: My dad was arrested during Martial Law 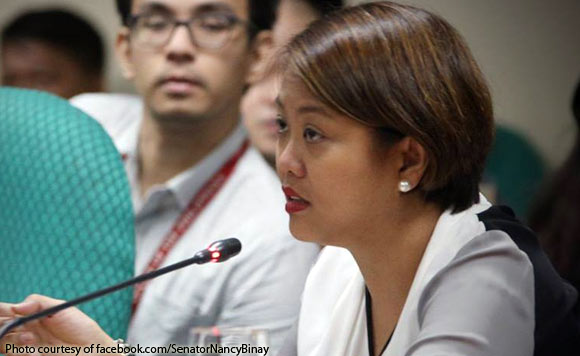 Senator Nancy Binay on September 24 slammed former Senate president Juan Ponce Enrile’s claim that no one was arrested during Martial Law for political or religious reasons.

The Cagayan politiko made the false claim during his interview with former senator Bongbong Marcos.

Her father was a human rights lawyer then.