Nakalimutan na ang past? Marcos Jr loves to listen to The Beatles 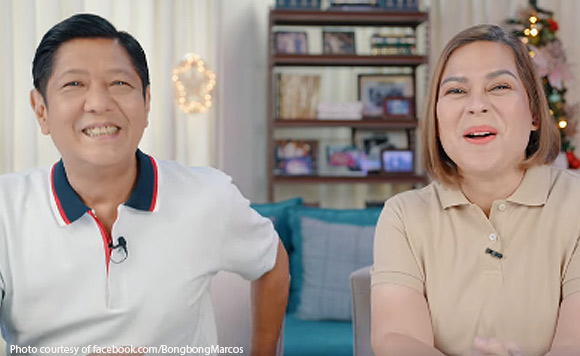 0 129
Share
Want more POLITIKO News? Get the latest newsfeed here. We publish dozens and dozens of politics-only news stories every hour. Click here to get to know more about your politiko - from trivial to crucial. it's our commitment to tell their stories. We follow your favorite POLITIKO like they are rockstars. If you are the politiko, always remember, your side is always our story. Read more. Find out more. Get the latest news here before it spreads on social media. Follow and bookmark this link. https://goo.gl/SvY8Kr

Presidential aspirant Ferdinand Marcos Jr. can’t help but listen to the songs of The Beatles, an interesting choice as the band has quite the complicated relationship with his family.

The Ilocano politiko said in a vlog with his running mate, Davao City Mayor Sara Duterte-Carpio, that he usually listens to The Beatles when asked by one of their supporters about their go-to playlist.

Duterte first said hers was the “Happy Hits” playlist on Spotify, then went on to guess Marcos’ favorite playlist. She guessed The Beatles – and obviously got it right!

It was during the term of Marcos’ father, the late dictator Ferdinand Marcos Sr., when The Beatles vowed to never return to the Philippines again.

In July 1966, The Beatles held a successful two-day concert in Manila. But after the concerts, they did not attend a social reception hosted by then-First Lady Imelda Marcos and other VIPs at Malacañang.

Angered Marcos loyalists then manhandled the members of the English rock band and their entourage as they attempted to leave the Philippines.